Your Health In Action 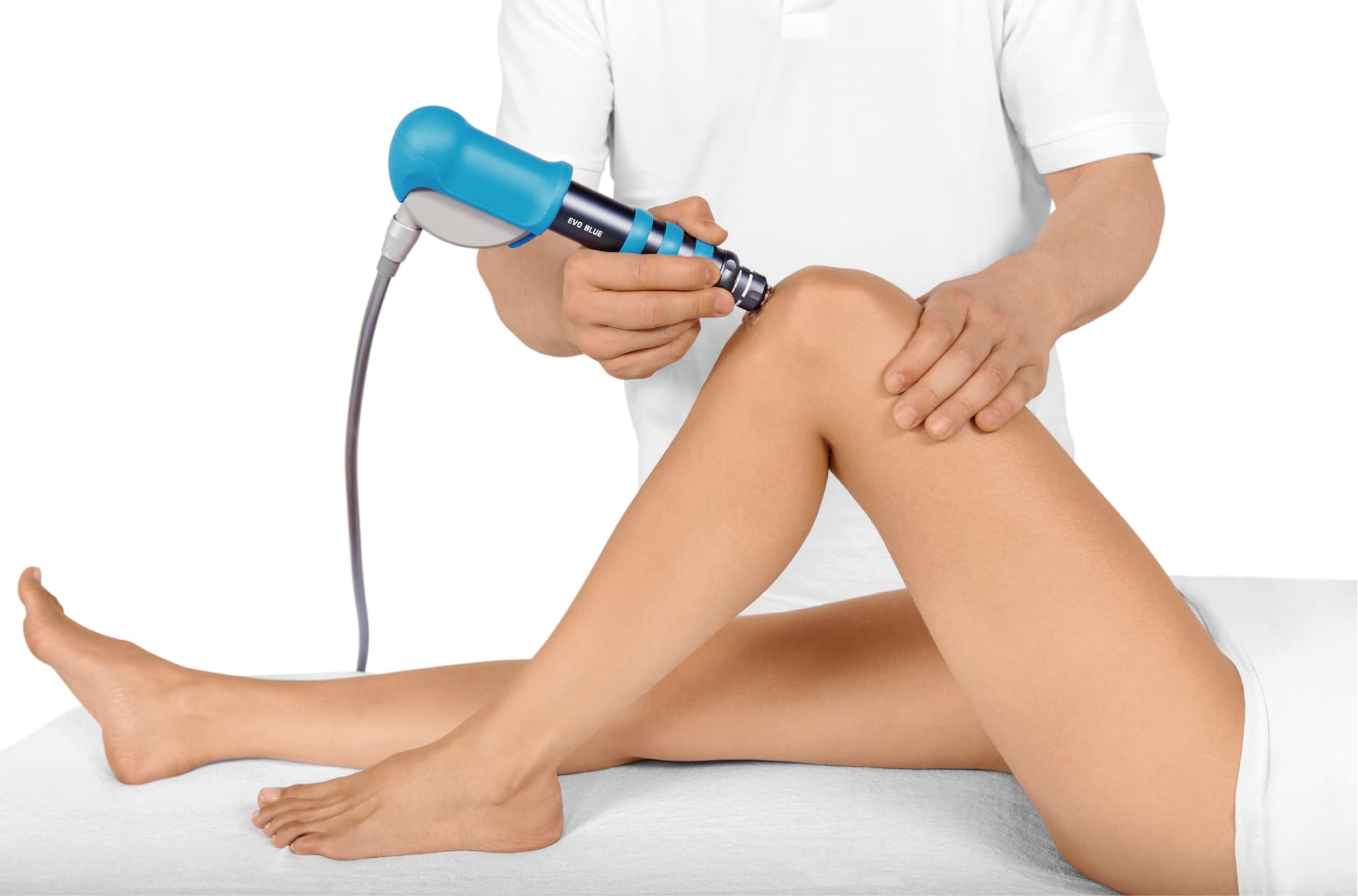 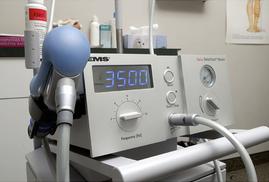 Radial shock wave therapy, or RSWT, is an innovative non-surgical technique developed for the treatment of localized musculoskeletal pain. Since the early 1990s, investigators in Europe have studied the use of shock waves for the treatment of painful musculoskeletal disorders. Initially, treatments were administered with modified kidney stone lithotripters. This was cumbersome, since the devices were not designed for use in the arms and legs. In addition, the very high-energy shock waves produced by these devices caused the patients such pain that administration of an anesthetic was necessary to accomplish the treatment.It soon became apparent that treatment with lower energy shock waves was also effective in the treatment of musculoskeletal pain. These findings led to the development of low-energy RSWT machines designed specifically for use in the arms and legs to treat chronic localized musculoskeletal pain such as that associated with chronic tendonitis. During the olympic games in Sydney and Atlanta the german athletes had the opportunity to be treated with this special therapy. Radial Shock Wave Therapy (RSWT) uses a pneumatic generator to physically deliver the shock wave to the skin, and from there it passes into the body. It is perhaps most analogous to a tiny pneumatic jackhammer striking the skin to create the shock wave.

Action Sports clinic uses a Swiss-made low-energy RSWT treatment unit. Patients with painful chronic tendonitis at the elbow (tennis or golfer’s elbow), knee (jumper’s knee), shoulder (rotator cuff), and foot (plantar fasciitis- heel spurs) may benefit from treatment with low-energy RSWT. Results with RSWT are best when patients have had tendonitis pain for at least six months and have failed to respond to other forms of treatment, such as NSAIDS, stretching, and rest. Patients must stop taking NSAIDS and any other medications that inhibit blood clotting and coagulation at least one week before receiving low-energy RSWT.

The Dolorclast RSWT unit consists of a control unit, a treatment hand-piece, and an applicator. During treatment with RSWT, the applicator is placed by the Physical Therapist onto the affected area and fine adjustments are made to assure the dose is most comfortable for the patient.To minimize transmission losses in the layer of air between the applicator and the skin, contact gel is used to conduct the acoustic wave. The device administers a preset number of pulses, or shock waves, at a low energy level, allowing for anesthesia-free treatment. Minor pain and discomfort during and immediately after the treatment are the most commonly reported adverse effects. RSWT may cause temporary reddening of the skin at the treatment location, and can also cause minor post-treatment muscle tightness.

RSWT has been shown to be a safe and clinically effective treatment option for chronic insertion tendonitis. A recent study of one hundred fifty (150) patients assessed the clinical safety and effectiveness of shock wave therapy, (RSWT) for the treatment of plantar fasciitis. The results were as follows: 56% of patients reported success at 3 months and 94% success at 12 months post-treatment. Multiple published studies have shown that more than half of patients have resolution of symptoms without recurrence after RSWT treatment.

Action Sports Clinic has a multidisciplinary team of physiotherapy, chiropractic, and massage therapy professionals serving the active community of downtown Calgary.  As a team, we strive for excellence in evidence-based and personalized care for musculoskeletal injuries and conditions.  Combining the unique strengths of each professional discipline, this integral approach to care enables each patient to draw from the expertise of team members.  This eliminates the traditional barriers of communication between busy practitioners, thereby ensuring collaboration and effectiveness of treatment programs.

We are athletes ourselves…and we understand the needs of sports minded clients. We believe that participation in physical activity is an important part of health and vitality. The pursuit of dreams, setting goals, and the drive for personal achievement are all values we believe in and aspire.

We Are One of the Top Teams of Physical Therapists in Calgary.

"I attend Action Sports Clinic to see my physiotherapist - Darra. Darra is very knowledgeable, attentive, and truly knows his sports medicine. I would highly recommend Darra to anyone who has a sports injury or is in need of physiotherapy.The front desk staff are very friendly and helpful, and are able to answer all of my questions."

"Initial Assessment went well. Office was busy but staff were attentive and on the ball. Dr. Rennick was gentle and adjusted my back well. I will be back for another appointment."

"Knowledgeable, friendly and intuitive staff. Allison is the best physio I've worked with and Dr Sean is a natural healer."

We specialize in the practice of Sports Medicine and provide services related to Sports Therapy, Chiropractic Care, Physical Therapy, Massage, as well as off the shelf and custom Bracing & Orthotics. To learn more please visit our “Services” section of the website.